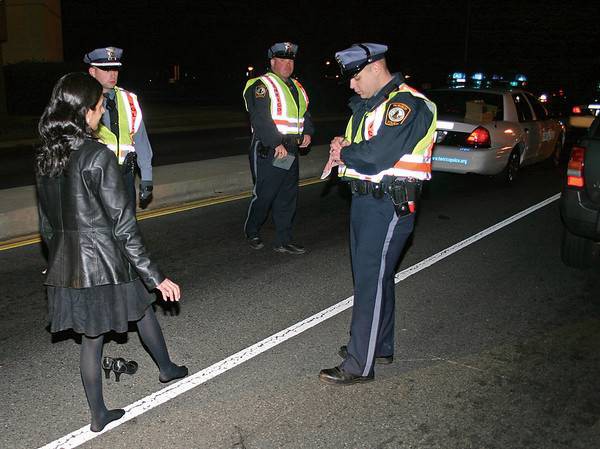 There is a vigorous debate among attorneys as to whether it’s a good idea to take a breath or blood test. Many people point out that, if you want out of a hole, first you must stop digging. In this context, refusing to provide a chemical sample just makes a bad situation worse.

Philosophically, that’s a good point. Legally, not so much. The conviction rate in test cases is about twice as high as the conviction rate in non-test cases. Thus, in a very real sense, if defendants provide chemical samples, they are essentially giving the state the evidence needed to convict them. Prosecutors are quite able to convict defendants on their own. They don’t need help.

While we’re on this point, the conviction rate in complete refusal cases is even lower. You have a Fifth Amendment right to refuse to perform all the tests discussed below. Your refusal practically guarantees your arrest. Many officers take test refusals personally. But an arrest was probably inevitable at that point anyway.

Although officers usually administer it, the head back, arms extended, eyes shut test is not part of the National Highway Traffic Safety Administration’s approved three-test battery. So, a Minneapolis DWI lawyer can usually get these test results thrown out of court.

However, that’s not always a good strategy. Sometimes, it’s better to force officers to defend this test, and their administration of this test, on the witness stand in front of jurors. Most officers, and most defense attorneys as well, aren’t familiar with the three measurements this test is designed to take away, which are:

According to Moritz Romberg, who invented this test in the nineteenth century, people need two of these three things to maintain balance.

Most officers know nothing about proprioception and vestibular function. If they can’t explain these concepts, jurors may believe the state is trying to railroad the defendant. The fact that this test is not on the approved list, and the officer should know about that exclusion, reinforces this conclusion.

The DWI eye test is technically part of NHTSA’s three-test battery. But it’s by far the weakest link in the chain. For this test, the subjects must track moving objects, like fingertips, without moving their heads. If the subject’s pupils move involuntarily at certain angles, the subject probably has nystagmus.

The science behind this test is part of the problem. Alcohol intoxication is one cause of nystagmus, a condition also known as lazy eye. But alcohol is not the only cause of nystagmus. As a matter of fact, it’s not even the leading cause. That distinction goes to a childhood brain injury. Many people have lazy eyes. But the symptoms are so mild they don’t know they have it.

Test conditions are an issue as well. Under controlled laboratory conditions, the HGN test is about 80 percent reliable. Roadside HGN tests, especially at night, aren’t controlled conditions. Cars and their headlights whiz past, while the squad car’s colored strobe lights flash in the background.

For all these reasons, many criminal judges only allow jurors to consider HGN results for limited purposes.

The OLS is a divided attention test. It measures mental acuity and physical coordination. Scientifically, intoxicated individuals cannot multitask like this. They essentially cannot rub their stomachs and pat their heads at the same time. That impairment is the main reason it’s so dangerous to drink and drive.

For this test, the subject must elevate one leg and stand still for about fifteen seconds. During the test, officers look for clues, such as:

It is almost impossible for anyone with any mobility impairment whatsoever to successfully complete this test. It’s also very difficult to maintain one’s balance on an uneven surface.

The HTW, or walk-and-turn test, might be the signature DWI field sobriety test. Subjects must walk a line heel to toe forwards and backwards. Once again, officers look for intoxication clues during this divided attention test, such as:

The environment is very important in this test as well. Walking an actual line, like a parking lot stripe, is much easier than walking an invisible line. Furthermore, it’s quite difficult to walk heel to toe in high-heel shoes, cowboy boots, dress shoes, flip-flops, or anything other than athletic shoes.

In court, officers invariably testify that defendants “failed” these tests. However, jurors also evaluate the defendant’s performance, and the jury’s grade is the only one that counts.

Mouth alcohol is a particular problem. If the defendant burped or vomited in the fifteen minutes prior to the test, alcohol particles from the stomach rush into the mouth and skew the results. Officers are supposed to closely monitor defendants for fifteen minutes before they administer the test. But that monitoring period doesn’t always happen.

Time could be a factor as well. The body filters alcohol through the liver before it enters the blood. So, if the defendant has been drinking in the last hour or so, that alcohol is not yet in the blood. As a result, the Breathalyzer’s BAC estimate might be artificially high.

Gerald Miller is the principal attorney in Gerald Miller, P.A., a Minnesota DWI defense firm. He has over thirty-five years of experience in this area. Gerald has been recognized repeatedly over the years for his contributions to DWI defense and his successful representation of defendants. Click here for more information.

How can an estate planning attorney help? Find here!

What Kind Of Lawyer Do You Hire For A Hospital Wrongful Death Case?

Checklist To Start A Business In The Us As Non-Resident

HOW TO FIND THE RIGHT CRIMINAL LAWYER?

HERE IS WHY HAVING AN EXCELLENT DEFENSE ATTORNEY IS ESSENTIAL TO YOUR CASE.

Can You File A Personal Injury Case On Behalf Of A Child?